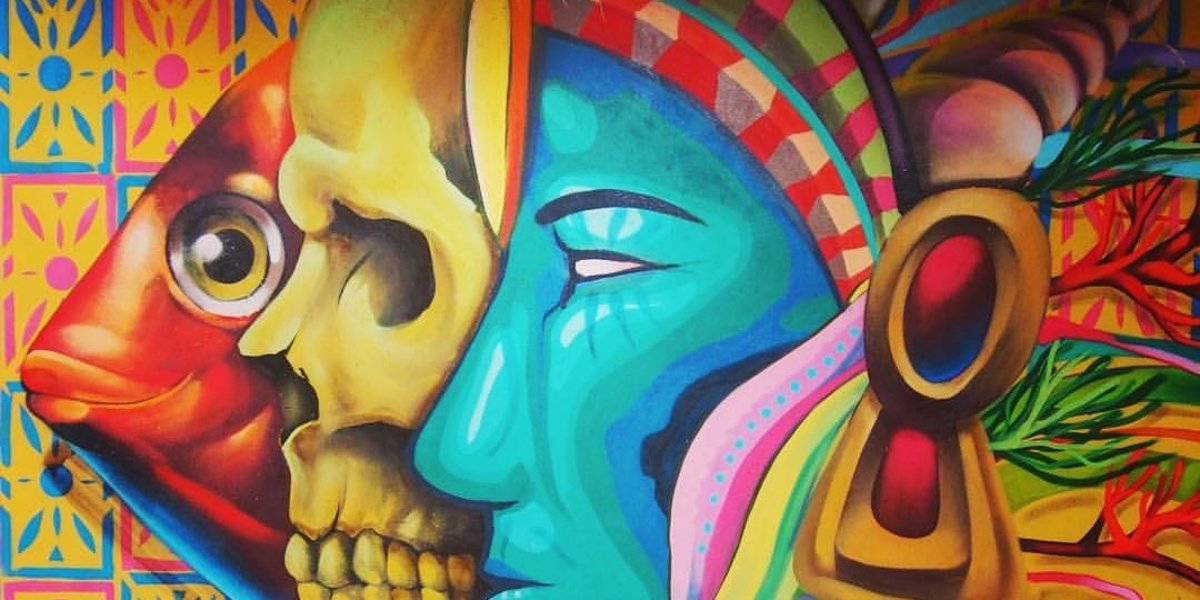 “Here, you can see Chaac, Mayan god of the rain, and Ixchel, goddess of the moon. He opens a bottle and, from it, marine life sprouts. She, in turn, blows some star dust and creates the night and the stars. From her dress, sprinkles of bioluminiscense fall off."

Daniel Illescas, known in the world of street art as Ekza One, describes the gigantic mural that covers the inner side of the acoustic shell in Holbox’s main square. His piece, which imagines the creation of the island, has become one of the most iconic sights in the short period of time it has been here.

Daniel had heard about Holbox before, but was excited when he was finally able to visit for work-related reasons. After spending a few days here, he decided to stay a while longer. “The calm with which the locals live, there is a special peace and a harmony that is very different from what you experience in cities. Everybody knows and takes care of each other”, he explains.

But that wasn’t the only reason he stayed. “There is a great openness to art in Holbox”, he admits. For an artist, the island seems like a huge canvas and Daniel has been leaving his mark across the town’s walls since he arrived. Besides the piece on the acoustic shell, Ekza One’s signature can be seen in many public walls and businesses.

His colorful and unmistakingly Mexican style can be spotted a mile away. “My work is heavily based on Mexican crafts, which come from all of the indigenous ethnicities in the country”. Surely enough, in his pieces you can catch glimpses of tenangos (embroidered textiles) from Hidalgo or talavera from Puebla, among other manifestations of artisanal work.

“The colors come from the fact that Mexico is a very colorful place”. Starting from these essential elements, Illescas creates collages of shapes and figures, which usually carry a message of preservation or a sensibility about our country, its culture and society in general. “I try to give a story to every single character that I paint”.

Besides giving art workshops for children, Daniel has been focused on the REVIVE Holbox festival, through which he wants to renovate the island’s walls with a new wave of murals that carry on the legacy of previous artists and festivals. His ultimate goal is to make Holbox the place with the most murals in Mexico, on average.

Sponsors of the REVIVE art festival: 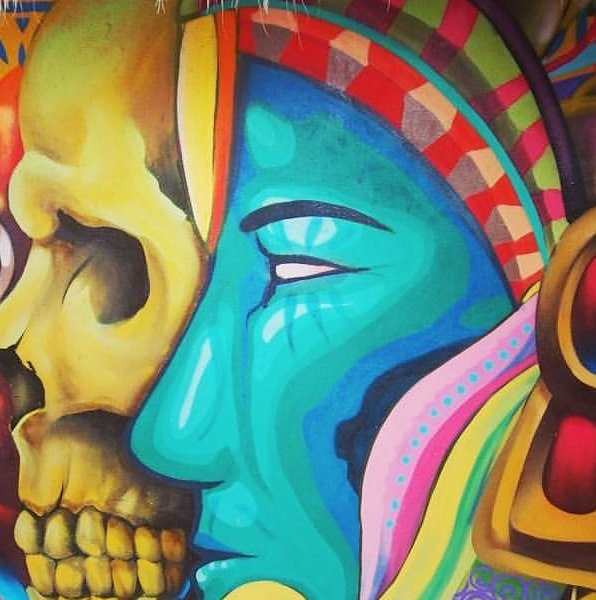 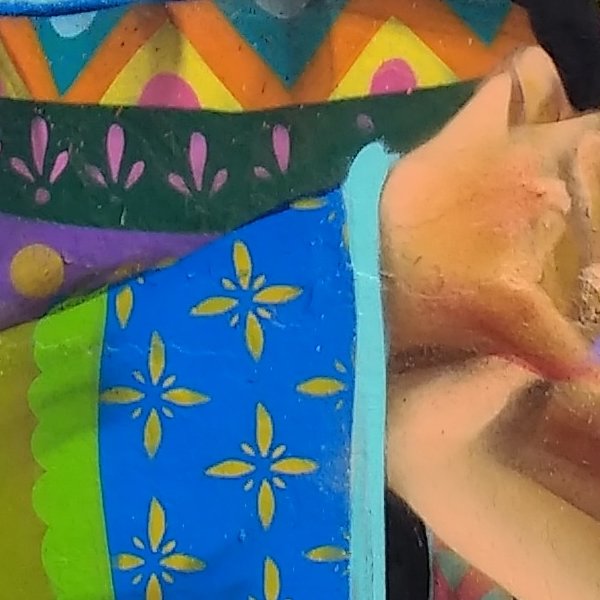 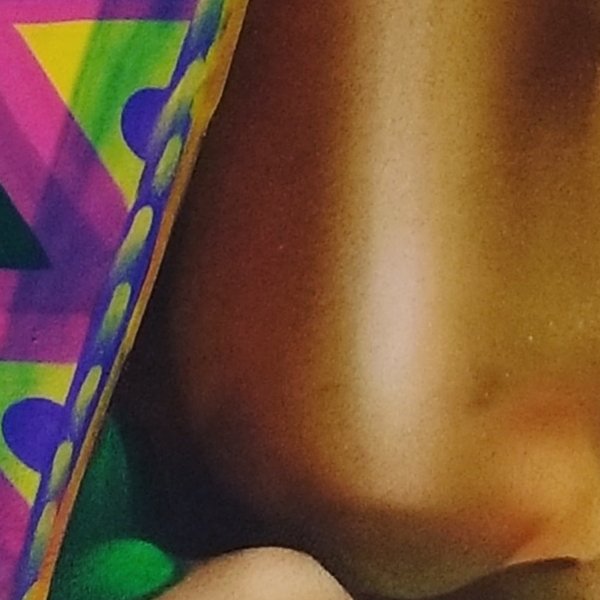 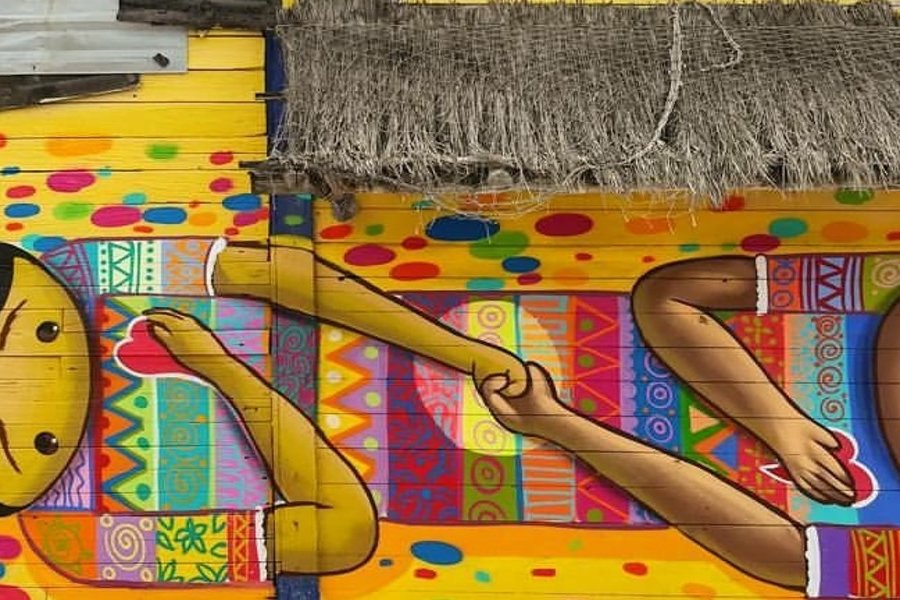 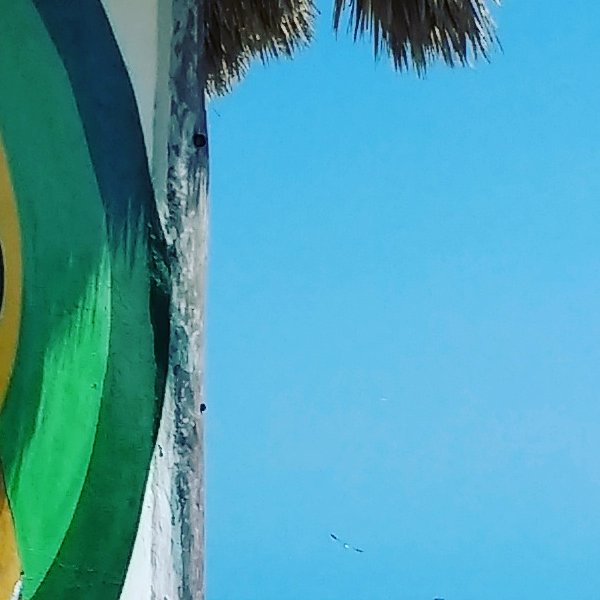